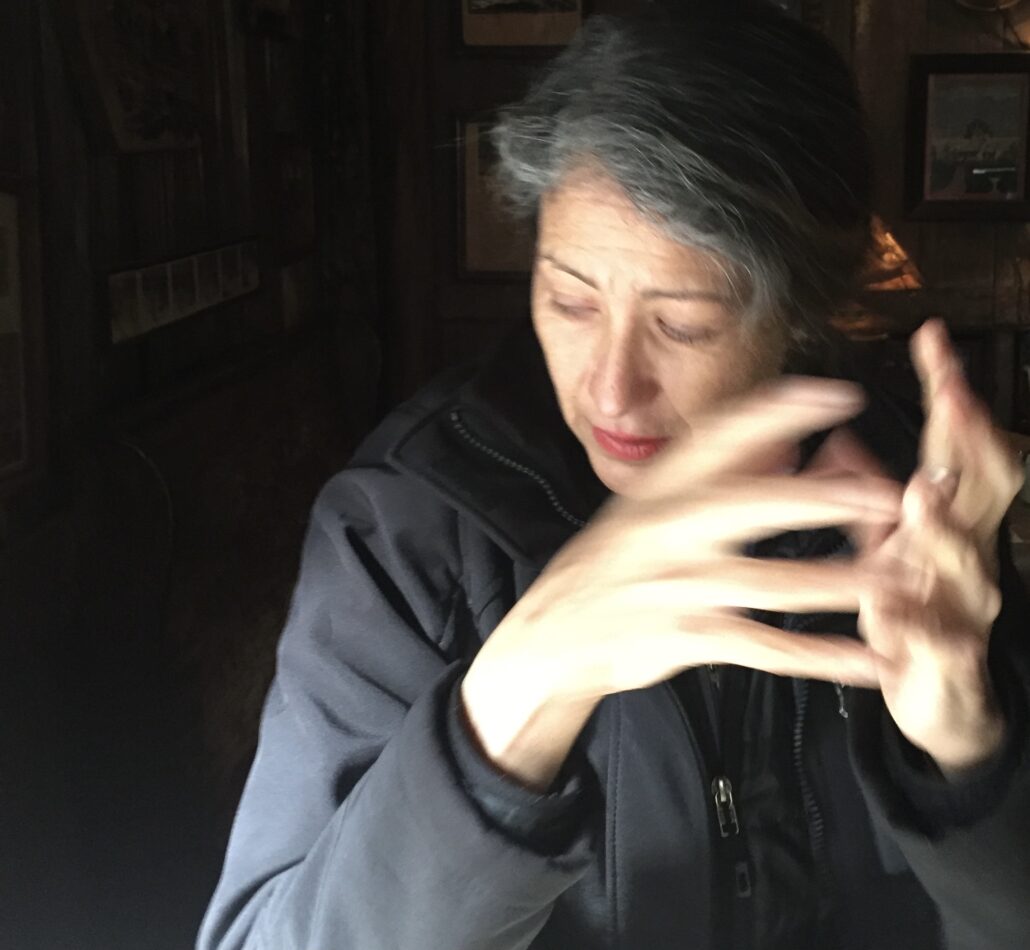 Kim Yasuda is an Artist and Professor of Public Practice in the Department of Art at UC Santa Barbara. During her academic career at UCSB, Yasuda has served twice as department chair and was the systemwide Co-Director for the UC Institute for Research in the Arts (UCIRA) from 2005 to 2014. Yasuda’s creative work and public research investigate the role of art practice in educational institutions, community development and public life. Her recent projects combine teaching and research to shape pedagogical experiments across disciplinary knowledge and creative practice. Yasuda works with faculty, students and staff across Arts and Humanities, Social Sciences, and STEM to build cross-sector collaborations that mitigate social and environmental challenges by modeling academic stewardship, public participation and mutual aid.

Between 2004-2020, Yasuda established Friday Academy and IV OpenLab as temporary instructional environments and public maker-spaces situated between university and community. These temporary research labs maintain a separate academic calendar and publicly-engaged curricula, generating year-round, off-site, and multi-disciplinary projects in partnership with regional organizations, government agencies and citizenry. Yasuda and her students have created public space interventions and urban renewal projects in the student-community of Isla Vista – an unincorporated area of more than 25,000 inhabitants occupying several square miles adjacent to the UCSB campus. In 2005, through her role as Co-Director of the UCIRA, Yasuda led a multi-year community design initiative in response to the persistent regional housing crisis. Yasuda and her students produced full-scale prototypes for accessory dwelling units (ADU) from repurposed shipping containers to function as affordable live/work spaces. In 2014-16, she guided students in organizing commemorative art events in response to the Isla Vista shootings and engaged the campus in a partnership with the Santa Barbara County Arts Commission and the Isla Vista Recreation and Parks District to host LightWorks, a three-day public art festival and artist residency featuring temporary illuminated works by emerging and distinguished California artists in the downtown central parks of Isla Vista. In 2018, Yasuda was appointed by the Santa Barbara County Office of the Third District Supervisor to serve as an Arts Commissioner for the North County.

Professor Yasuda is a current faculty fellow in the Mellon Engaging Humanities Initiative and co-investigator in the Mellon Sawyer Seminar (2021-2022) entitled “Race, Precarity, and Privilege: Migration in a Global Context”. The Fall seminar draws graduate students from across seven disciplines and diverse backgrounds to explore issues of race, immigration, and white supremacy in California, employing multi-modal research and creative practices. She is also lead principal investigator for two systemwide awards, including a 2021 UC Advancing Faculty Diversity (AFD) grant to improve campus climate and faculty retention, and a 2019 UC Multicampus Research Programs and Initiatives (MRPI) planning grant for the UC Placemaking Initiative to develop regional art and design research nexus with Berkeley, Davis and Santa Cruz campuses.

Yasuda is recipient of grants from the California Arts Council, Santa Barbara Foundation, Pearl Chase Community Development Fund, in addition to campus research funding from UCSB Academic Senate, Interdisciplinary Humanities Center, the Offices of Sustainability and Faculty Outreach in support of community development programs in Isla Vista. From 2014 to 2017, Yasuda served as Vice-chair of the advisory board for Imagining America (IA), a national consortium of more than 70 colleges and universities working to advance publicly-engaged scholarship in the Humanities, Arts, and Design, and she was the 2018 recipient of IA’s Randy Martin Spirit Award in recognition for her work and contributions to the field.

Professor Yasuda has served on campus as a member of the Program Review Committee, Committee on Committees, Chancellor’s Coordinating Committee on Isla Vista, the Isla Vista Commission, Faculty Advisor to UCSB Regents Task Force on Isla Vista, Committee on Community Policing, as well as multiple campus search and fellowship selection committees. Yasuda is currently a faculty affiliate on program advisory boards for UCSB Arts & Lectures Justice for All Series, Center for Black Studies Research, National Center for Ecological Analysis and Synthesis and the Office of the Vice Chancellor for Diversity Equity and Inclusion.

Yasuda’s early career includes her exhibition and public installations exploring cultural memory, race and place. Her commissioned works across the U.S. include station designs for the Broad Street Corridor transit system in Providence, Rhode Island, the Green Line Vermont Metrorail and Union Station Gateway Center for the Metropolitan Transit Authority of Los Angeles. She has been the lead artist in the design of commemorative works for the fifty-year anniversary of the Japanese American Internment and the life and work of Mexican American activist-scholar, Ernesto Galarza. Yasuda’s permanent public works are part of sculpture collections in the cities of San Jose and Hollywood, CA, St. Louis, MI, Providence RI and Washington, D.C. Her gallery installations have been presented at museums and alternative spaces in Canada, the United States, the United Kingdom including: the New Museum of Contemporary Art and Art in General, New York; Whitney Museum of American Art, Champion, CT; Massachusetts Institute of Technology List Visual Arts Center, Boston; Smithsonian Museum of American Art, Washington, D.C., Art Gallery of Ontario, Canada; Camerawork Gallery, East London. Yasuda has been the fellowship recipient of individual artist grants from the National Endowment for the Arts, US-Japan Foundation, Howard Foundation, Art Matters, Joan Mitchell Foundation and Anonymous Was a Woman Foundation.

With nearly 30 years of teaching, public arts research, and community collaboration experience at UC Santa Barbara, Professor Yasuda demonstrates a long-standing commitment to diversity and inclusion. In her AVC role, she will continue to work in coalition with faculty, students and staff to confront systemic inequality and racism, advocating for greater transparency and resource distribution to assure a more just and vibrant culture of belonging for all members on our campus. 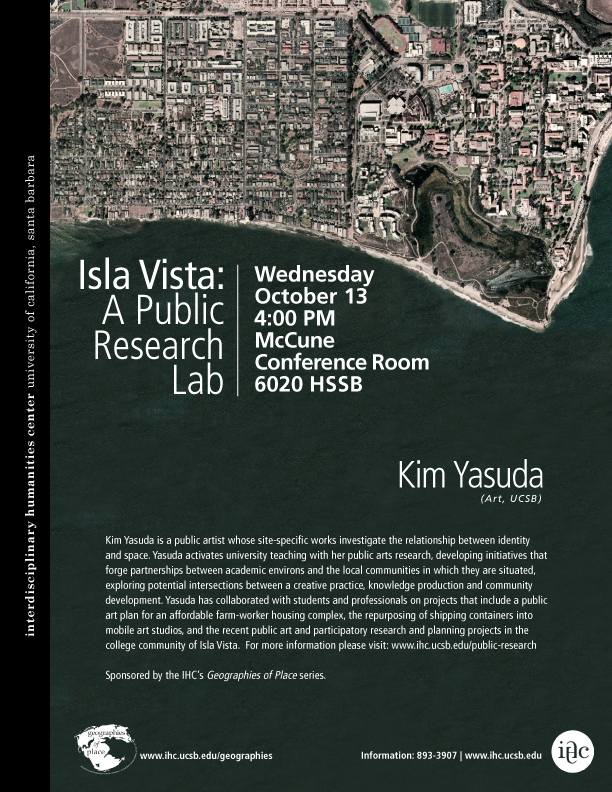 “We are within and part of what we study. Participatory research thus begins with the assumption that all forms of meaning, doing, making, thinking and knowing are participatory entanglements with both discursive and material systems.”

In the disciplines of public arts, design, planning and geo-sciences alone, we are experiencing a natural alignment of our fields within the spatial turn of the 21st century. With the contextual formations afforded by available tools and technologies, such as VGIS (voluntary geographic Information systems), we now have the opportunity to form research alliances to tackle much larger scale issues and problems, brought about by this amplified definition of the public sector – one that now exists both on and off line in huge numbers of globally distributed geographies and subjectivities. This has, in turn, fueled disciplinary collaborations that can tackle the increased scale of a networked world and, at the same time, draw from this powerful workforce of voluntary observations, opinions and data submitted to these open contributory networks.

Proximity Research continues a multi-year (2005-2010), arts + planning initiative to expand university investment within a community context through new disciplinary clusters that engage the college town of Isla Vista as a socially-embedded studio/laboratory for new research. Through public art, planning and emergent participatory technologies, a cultural infrastructure is being explored to enhance spatial and social networking amongst the broad range of academic and non-university stakeholders in Isla Vista. This hyper-local research model also provides opportunities to study the social influences within a dominantly student-centered, geographically defined space, as well as point to hybrid curricular, program and planning methodologies that could inform future decision-making toward community-driven change. Through a map that continually changes with user input, community investment is activated and actuated through personal, anecdotal and public information layers that help render the complex nature of visual, spatial and social connectivity. These patterns can be visually intriguing, as well as bring visibility to the complex assets/challenges that render the character of a given community.

Kim Yasuda is a public artist whose site-specific works investigate the relationship between identity and space. Since 2005, she has served as co-director of the multi-campus research unit, UC Institute for Research in the Arts (UCIRA). For the past 5 years, Yasuda has activated university teaching with her public arts research, developing initiatives that forge partnerships between academic environs and the local/regional communities in which they are situated, exploring potential intersections between a creative practice, knowledge production and community development. Yasuda has collaborated with students and professionals on projects that include a public art plan for an affordable farm-worker housing complex, the repurposing of shipping containers into mobile art studios and the recent public art and participatory research and planning projects in the college community of Isla Vista, California with architect and urban designer Seetha Raghupathy.

Through these ‘proximity research’ field experiments, Yasuda established Friday Academy, a temporary instructional environment within the university that maintains its own academic calendar and curricula to conduct year-round, off-site and project-based learning experiments – a response to what Yasuda believes is “a critical need to retool existing institutional learning structures toward a model of ‘anticipatory education’ — one that prepares the 21st century practitioner with the creative skill set and nimble capacity to navigate a perpetually changing and uncertain future”.

Yasuda has commissioned public works throughout California and has exhibited her installation work internationally at venues including the Art Gallery of Ontario, Canada; Camerawork, London; the New Museum of Contemporary Art, New York, The Whitney Museum of American Art, Connecticut and MIT List Visual Arts Center, Boston.  She is the recipient of two visual arts fellowships from the National Endowment for the Arts. 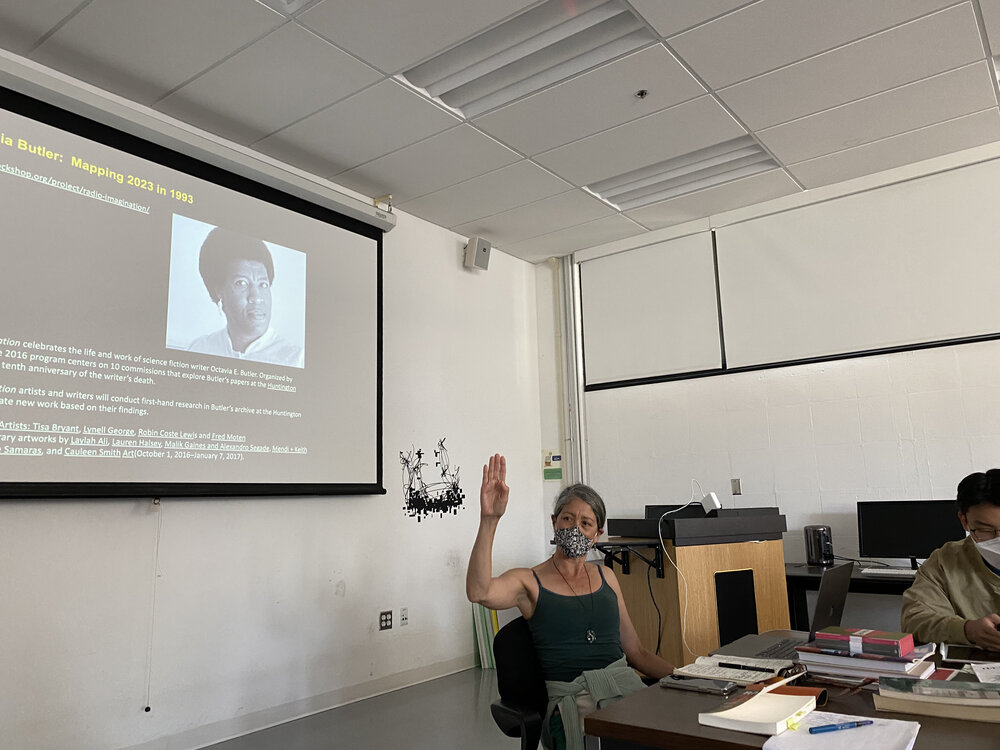 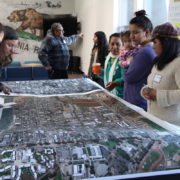 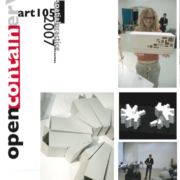